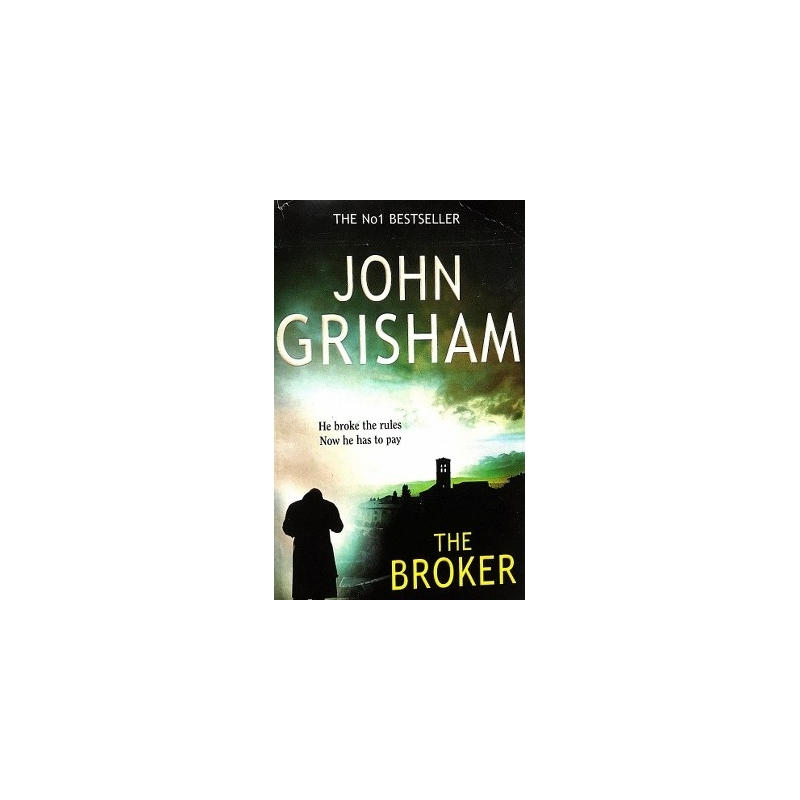 One of the appealing qualities of John Grisham is that he dares to be different on occasion. Many popular fiction writers find a consistent theme and follow that approach novel after novel, but Grisham cannot be so easily characterized. True, most of his writing involves lawyers and the legal profession, but the popular author occasionally will veer away from that theme and readers will find themselves experiencing a book far different from what most would identify as the standard Grisham thriller. THE BROKER is such a book. For this novel Grisham has entered the world of politics, crime and espionage. This thriller is different from anything Grisham has written previously, yet it shares the most important traits that readers expect from a Grisham book --- a fast-paced, entertaining and suspenseful story. In the waning days of his failed four-year term as President of the United States, Arthur Morgan is performing those final duties associated with leaving office. Among those chores are reviewing requests for Presidential pardons. The President is not emotionally up to the task because in his view, "How sad that after four tumultuous years of leading the free world it would all fizzle into one miserable pile of requests from a bunch of crooks." But one of those crooks has a very influential advocate on behalf of his pardon. The Director of the CIA makes a rare visit to the White House to suggest that Joel Backman, a former powerful "Beltway" lobbyist who has spent six years in prison, be released. The President accedes to the wishes of the Director, and Backman finds himself hurriedly summoned to the prison facility where he's incarcerated to work out the hasty conditions of his pardon. Unbeknownst to Backman, his pardon is not the result of an altruistic motive by the government. The truth is that the broker is the bait. Backman had gone to prison as a result of a scheme to sell a satellite system to the world's highest bidder. The U.S. wants to know who owned the system and had access to its secrets. They theorize that once the broker is established in a new location with a new identity, the actual owner will exact their revenge on Backman by assassination. In that fashion an important piece of intelligence data now will be unearthed. Backman is the cheese in the mousetrap and the CIA does not worry if he gets eaten so long as they can locate the mouse. Backman is spirited out of the country and relocated to Italy. Most of THE BROKER is set in Bologna, Italy, which may be the first time that a Grisham novel is set outside of his native South. The location gives Grisham an opportunity to share with his readers his love and knowledge of Italian history, architecture and cuisine. As most successful authors do, Grisham has researched his subject matter in great detail. By his own admission he gained 10 pounds while researching THE BROKER. Grisham fans are well aware of his attitude toward the American legal system. In this novel, readers will learn that he also finds the current power structure of Washington, D.C. to be very troubling. One of the unexpected joys of reading THE BROKER is attempting to recognize all of Grisham's allegorical historical references to actual events in American political culture. In this endeavor Grisham is truly non-partisan as he skewers politicians on both sides of the political spectrum and even finds the occasional opportunity to poke fun at the American media and its current kulturekampf. Reading John Grisham is like eating comfort food. Each year his fans await nourishment from a newly published novel. This year's plate is a little different. The traditional meatloaf is served Italian style, but the comfort is still there. Traditional Grisham fans will be required to make a few mental adjustments, but still they will find another well-written and exciting thriller to help pass the time during the cold winter evenings to come.