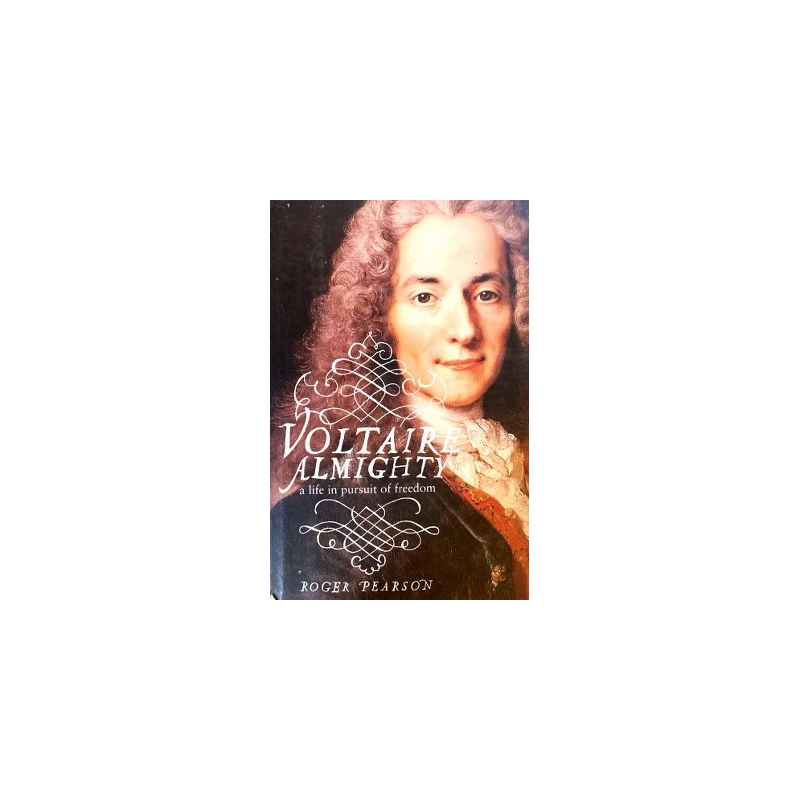 Pearson Roger - Voltaire Almighty: A Life in Pursuit of Freedom

With its tales of illegitimacy, prison, stardom, exile, love affairs, and tireless battles against his critics, priests and king, Roger Pearson's Voltaire Almighty brings the father of Enlightenment to vivid life. Voltaire Almighty provides a lively look at the life and thought of one of the major forces behind European Enlightenment. A rebel from start to finish (1694-1778), Voltaire was an ailing and unwanted bastard child who refused to die; and when he did consent to expire some eighty-four years later, he secured a Christian burial despite a bishop's ban. During much of his life Voltaire was the toast of society for his plays and verse, but his barbed wit and commitment to human reason got him into trouble. Jailed twice and eventually banished by the king, he was an outspoken critic of religious intolerance and persecution. His personal life was as colorful as his intellectual life. Of independent means and mind, Voltaire never married, but he had long-term affairs with two women: Emilie, who died after giving birth to the child of another lover, and his niece, Marie-Louise, with whom he spent the last twenty-five years of his life. The consummate outsider; a dissenter who craved acceptance while flamboyantly disdaining it; author of countless stories, poems, books, plays, treatises, and tracts as well as some twenty thousand letters to his friends: Voltaire lived a long, active life that makes for engaging and entertaining reading.