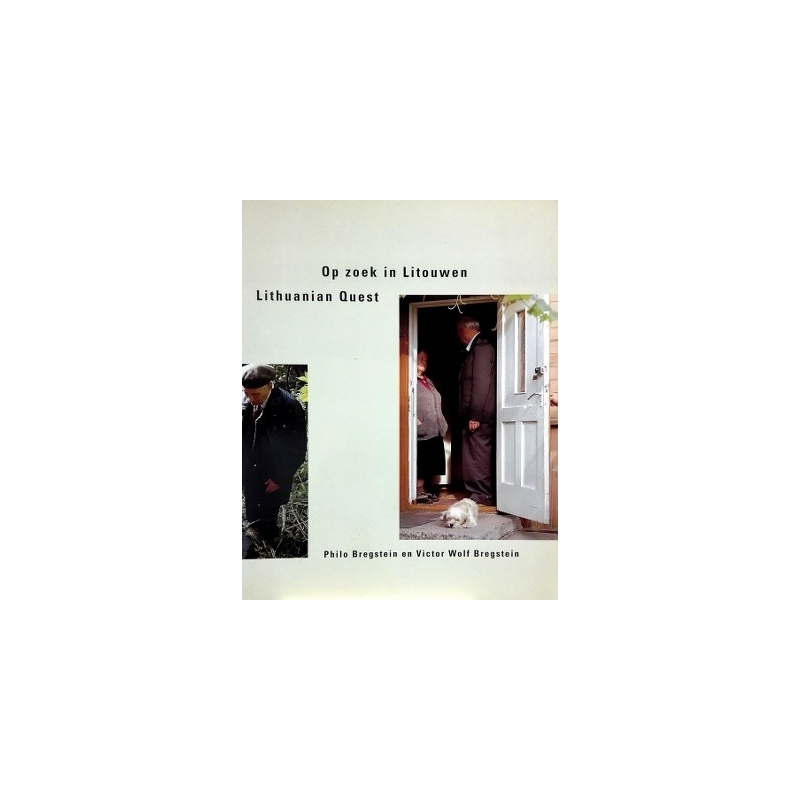 In 1991, Koen and Bregstein from Amsterdam and Victor Wolf Bregstein from Paris travelled to the shtelt Panemune in Lithuania, where the roots of their Lithuanian-Jewish family lie. In Lithuania they met their second cousin Grisha Bregstein, who lives in Syberia. The meeting restored the family ties, broken at the beginning of this century. Photographer Victor Wolf Bregstein documented the trip in a series of magnificent shots. Philo, a well-known Dutch filmmaker and writer, wrote the fascinating account that accompanies them. There is a photo of map in the book. A map of the Panemune shtetl in 1930, drawn by our "mischposheh", the Rabbi Jeffrey Marx from Los Angeles, according to the memory of an inhabitant who had emigrated to California. The map serves us during our wuest as a guide and source our information.